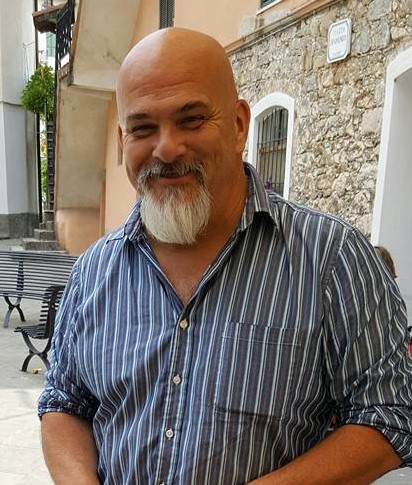 I have always had a love/hate relationship with About….. pages like this. Damn things confuse me if you want to know the truth. I never know in which direction to slant it.

Sometimes you want to yuk it up and sound like a good ole’ boy, a familiar friend, a humble benevolent cook.

Other times it makes sense to polish and choose each word and phrase into razor sharpness so you sound like the second coming of Georges Auguste Escoffier ( I like to refer to this as the “Blowing Smoke Up Your Butt Version” ).

So here is the short, concise and friendly one. I’m still working on the B.S.U.Y.B. version and am having a hard time believing half the stuff I have the audacity to say about myself! More on this at a later date.

Brian Ross is a local chef, former restaurateur, entrepreneur, product developer, culinary consultant and opinionated food geek. In the last 35 years or so he has explored far too many of the sometimes shiny, sometimes twisted facets of the food industry.

From delivering greasy pizza strips to alternative bath houses and smoky bookie joints in some of the darker and seedier parts of Providence to partying with Prince Albert Grimaldi on the Port of Monte Carlo, he has absorbed way too much culinary information over the last 35 years or so and needs a way to share it somehow.

Then, if you get really bored someday, here’s the B.S.U.Y.B. version

Brian Ross was born and raised in the city of Bangor, Maine. The son of a former POW Naval war hero and a loving dedicated mother he was educated through both the public and private school system of the area. Though he graduated with highest honors near the very top of his class from John Bapst High School, Brian began his culinary career at the very bottom of the ladder with his first foray into food service.

Hired as a wet behind the ears dish washer at the now defunct Weeks Restaurant, Brian quickly decided that Top Grill Man was his goal and worked his way up through the ranks from dishwasher to ice cream scoop jockey until ultimately he was reigning over the coveted flat-top grill.

After a less-than-successful (Actually very successful and delicious up until he got caught) foray into a bit of creative after hours baking of some carrot bread with a rather unique ingredient, he moved on to the famous Checkmate Restaurant. The chef of the restaurant at the time turns out to be the whacked-out-but-not-quite-as-scary brother to the second whacked-out line cook from Miller’s!